NeXT: Not just GIS

Though GIS has been a part of my career since the early days that 's not the only thing I've had a deep or interesting involvement in. In my early days most of the work I did revolved around UNIX systems such as PDP11s, VAX 11/780s and Sun workstations. However for some work the new Mac Plus SE Platinum was just the ticket (first resume was written with it) and back in the same lab that I used for that had a Xerox Smalltalk machine as well. I never used that much but it, the Mac, and the fact that my advisor was heavily into CHI (Computer Human Interaction) certainly opened my eyes to the "power" of user interfaces.

Flash forward a bit to 1988. I'm at ANL and one of the other folks I work with and had been at school with has a friend going to work for NeXT. We are aware of NeXT and Steve Jobs from the Apple days. He is promising a Unix based workstation for education with UI features and capabilities above and beyond the Mac. Who wouldn't want in on some of that? On a cold day over Christmas break 1988 we await the first shipments of NeXT Cubes to Chicago outside the University of Chicago. One of those machines is "ours". We are delighted when one cube with NeXTStep (I think that was the capitalization at the time) 0.6 arrives!

After opening it up we can't help but be excited by the interface, a dictionary service on every machine, Display Postscript, the dock and the "black hole"! We were blown away. So much so that we "invented" a color version of NeXTStep before NeXT did (another story). Not only could we see the value of this computer for education but also for the types of projects we were undertaking. A client/server window system. Resolution independent text/graphics drawing. World on an Optical drive (Useful even today. Think SIM chips for phones and other systems that carry preferences around on a flash based medium). We decided to set out to create some original applications to the Cube and also to port some of our existing applications to the cube.

But this post isn't about any of that work (again something for later) but rather this: We had so bought into the "reality distortion field" around the product that we simply could not wait for this. Imagine my delight at getting this. 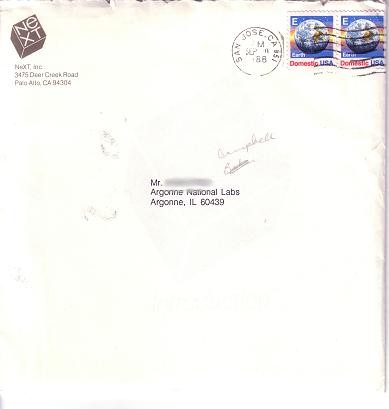 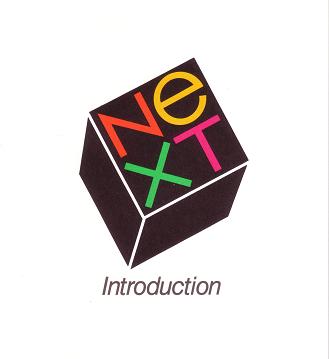 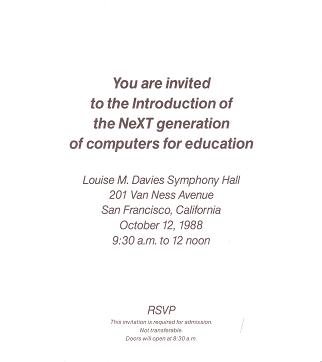 Yeah okay, completely a geek moment. But I still found it qite cool!
Posted by MrJohnson at 2:46 PM